Begin with a study of key inventors that support your TEKS. For example, Thomas Edison (electricity), Alexander Graham Bell (communication), and the Wright Brothers (transportation).

Your makerspace could focus on 3 centers with biographies about each inventor, and challenges.

TEK 8.4 History. the student understand significant political and economic issues of the revolutionary era.
(C) Explain the issues surrounding important events of the American Revolution, including declaring independence; writing the Articles of the Confederation; fighting the battles of Lexington, Concord, Saratoga, and Yorktown; enduring the winter at Valley Forge; and signing the Treaty of Paris of 1783

1. After a study of the British defeat at Yorktown in 1781, tell the class that they will be making a representation of the battle.

2. Divide the class into five groups:

3. On the floor of your classroom, use masking tape to mark off a rough approximation of the Yorktown Peninsula.

4. Have each group study the map and decide where to place their troops or ships. Each group will decide how to represent their troops. Tents, cannons, individual soldiers, bunkers and ships can all be represented by KEVA planks. Each group can also label their site with a small flag or just the name of the army.

5. After students have re-created the site, have each group report to the class the roles of their particular military forces in the outcome of the war.

Research/Point of View - After students have researched a topic, encourage nonfiction storytelling from a unique point of view. Narrow the focus so you are able to share the information in a meaningful way. Write the story AS IF an object,time or event was telling the story. Infuse facts. Use a story plan that has a clear dilemma, what caused it, what was tried to solve it, and a conclusion. Use a storyboard to create imagery, music, voice and edit to enhance the imagery you share with your audience.

Designing in 3D can be done with technology, using programs such as SketchUp Pro or Tinkercad, which can be followed by printing out items on a 3D printer. Virtual worlds can be designed with apps such as CoSpaces. Low-tech options, such as Legos, cardboard, and clay are also popular choices and can be enhance with circuitry if desired. 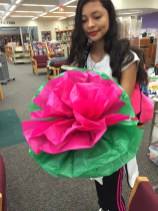 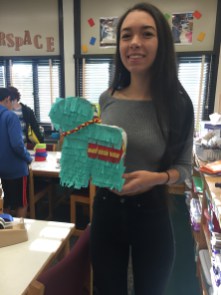